Gestational diabetes is caused by not enough insulin in the setting of insulin resistance. Risk factors include being overweight, previously having gestational diabetes, a family history of type 2 diabetes, and having polycystic ovarian syndrome. Diagnosis is by blood tests.

For those at normal risk,screening is recommended between 24 and 28 weeks' gestation. For those at high risk, testing may occur at the first prenatal visit. Prevention is by maintaining a healthy weight and exercising before pregnancy. Gestational diabetes is treated with a diabetic diet, exercise, and possibly insulin injections. 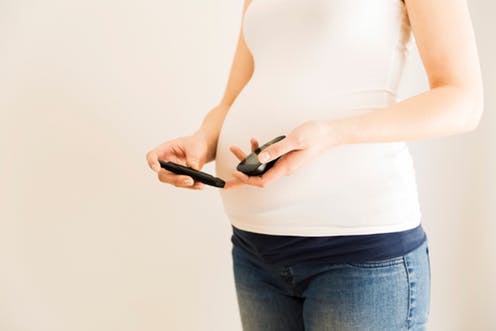